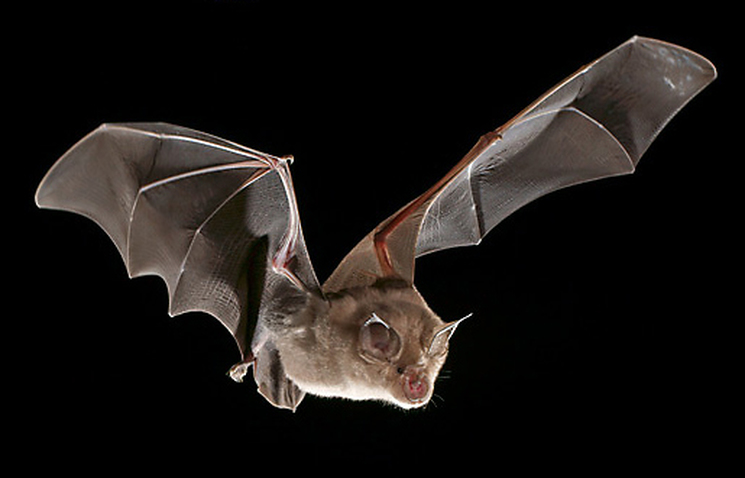 Minister Church is situated in a secluded, wooded valley near Boscastle in north Cornwall, the Church and its surroundings provide a great habitat that supports the largest known greater horseshoe bat maternity roost in Cornwall and one of the largest in the UK.

The greater horseshoe bat Rhinolophus ferrumequinum is listed as a rare and threatened species. The British population is estimated to have declined by 91% since 1900 and this formerly widespread species is now confined to south-west England.

Greater horseshoe bats are one of the largest British bats with a wingspan of between 14" and 16". They require roosting and breeding sites with large entrance holes and access to open roof voids warmed by the sun. At Minster Church the bats utilise the middle and upper sections of the church tower for roosting. Bats also require feeding grounds that supply a rich source of invertebrates (Bugs!). The trees, shrubs and undergrowth of the church grounds and the surrounding hedges provide the bats with safe, darkened flight paths from their roost in Minster Church to the adjacent foraging grounds. Regular counts of greater horseshoe bat at Minster Church have confirmed the site’s importance as a summer maternity roost.

​The colony at Minster represents the largest known maternity roost in Cornwall and one of the largest in the UK, but we are still looking at only a small population. Monitoring records show that the highest number recorded has not exceeded two hundred during the last nine years. This colony, sustained by the high-quality habitat in the Valency Valley, is also limited by its boundaries. It is estimated that there are around 4,000 to 6,600 roosting bats in the UK.